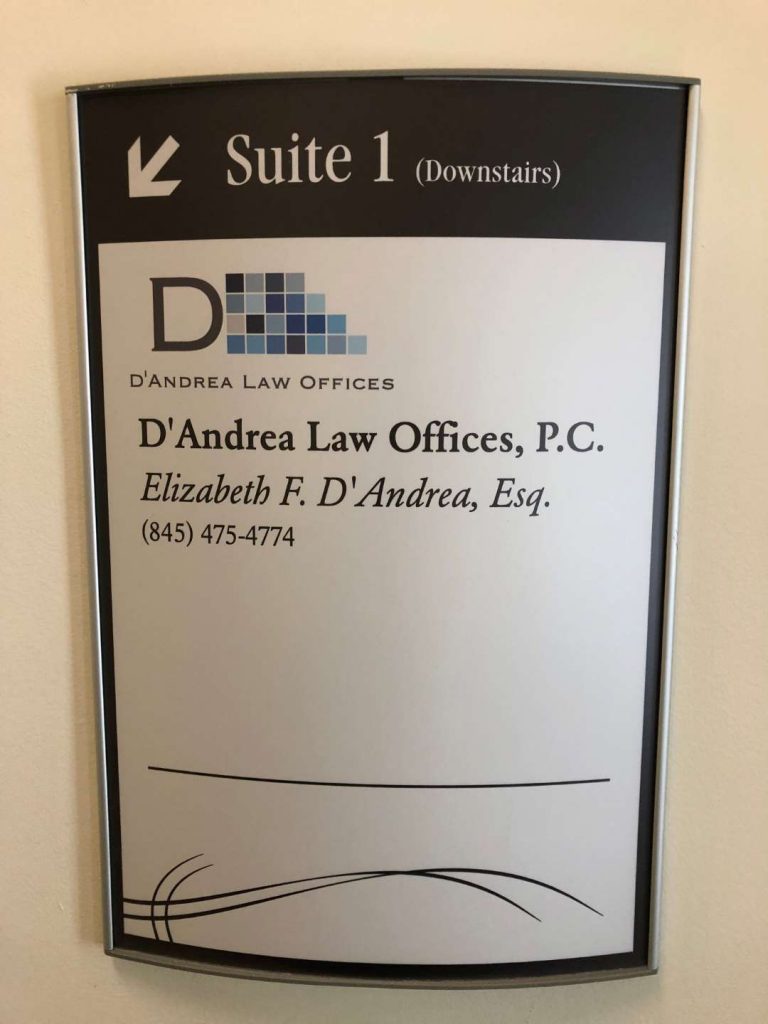 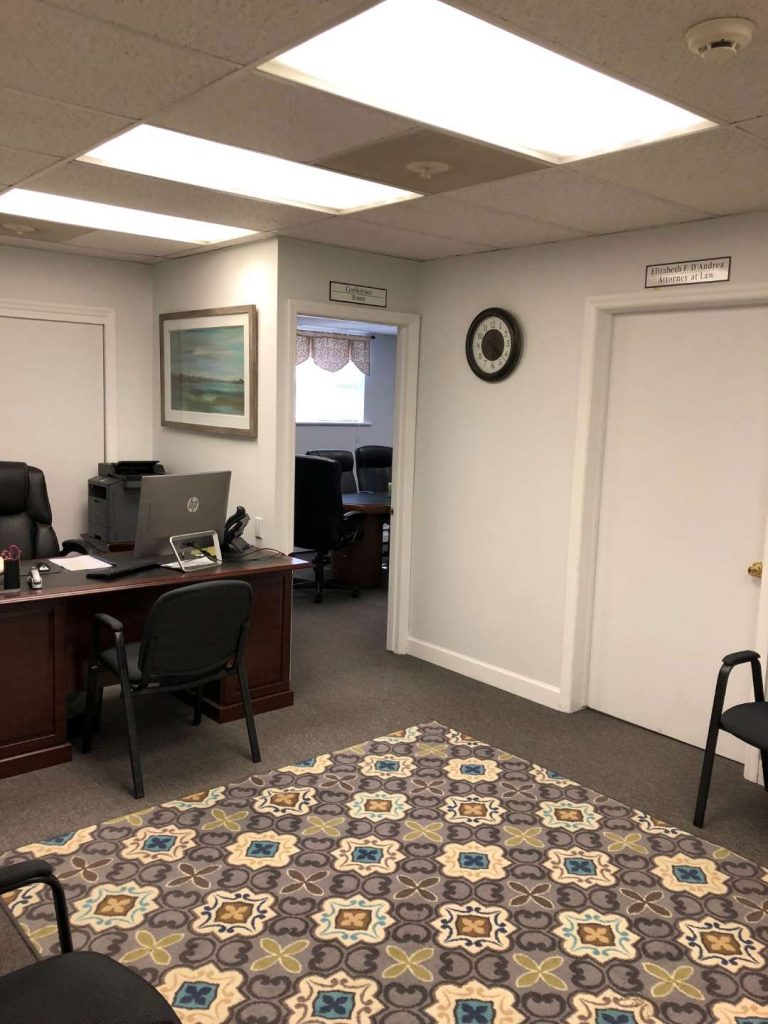 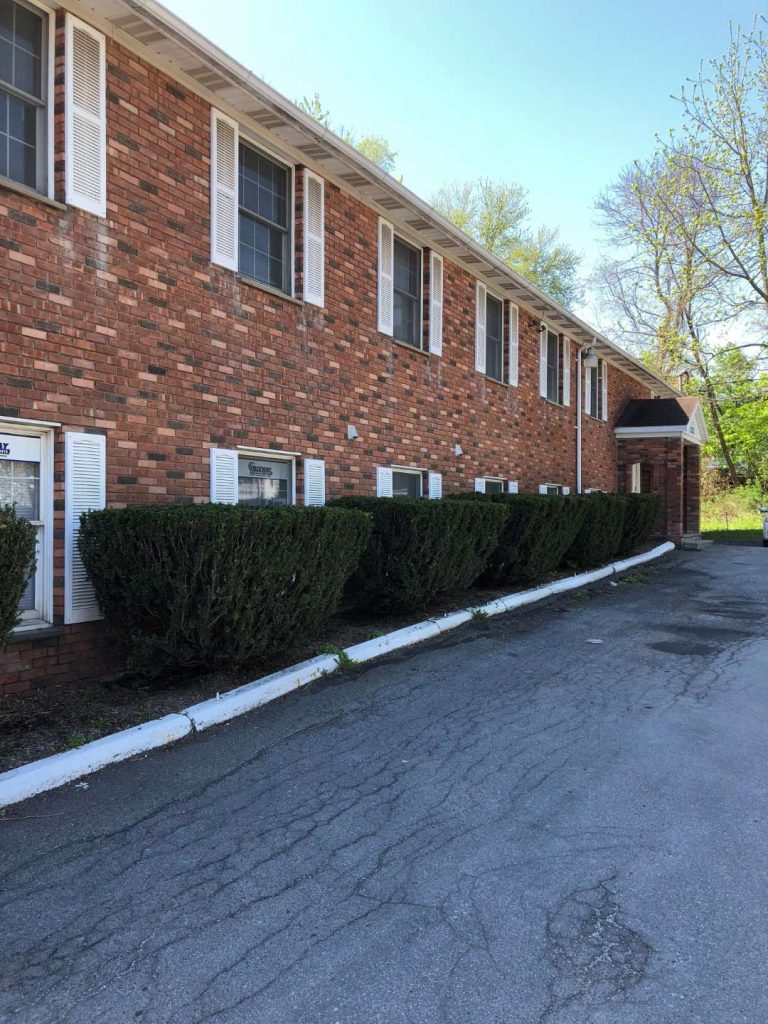 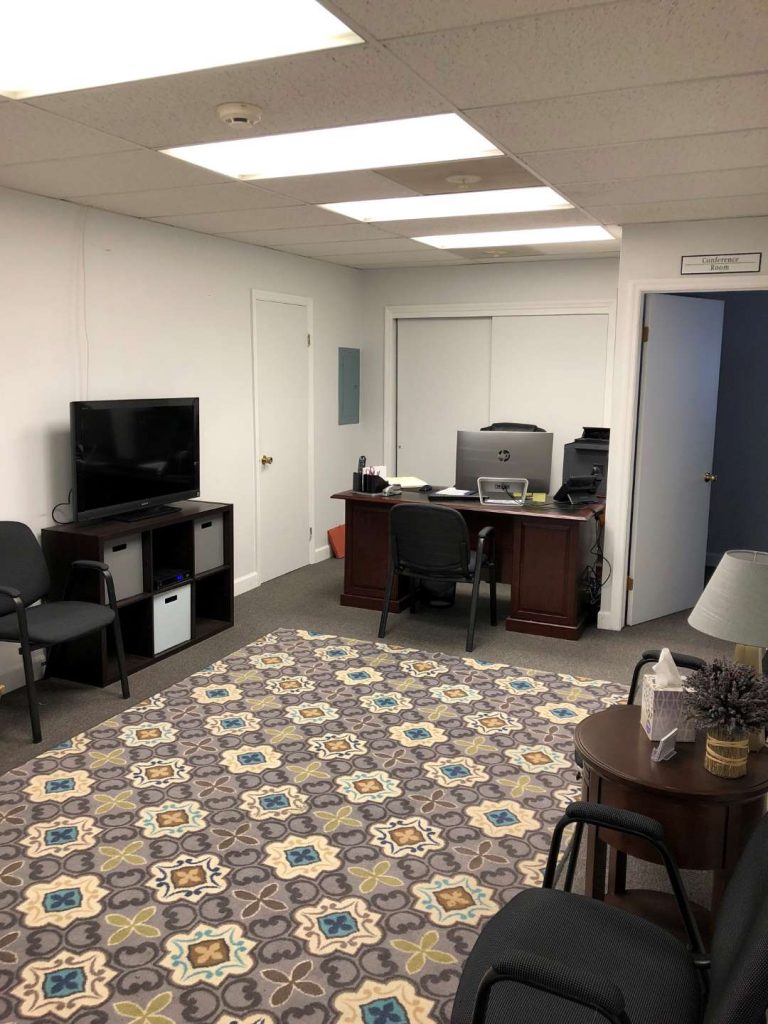 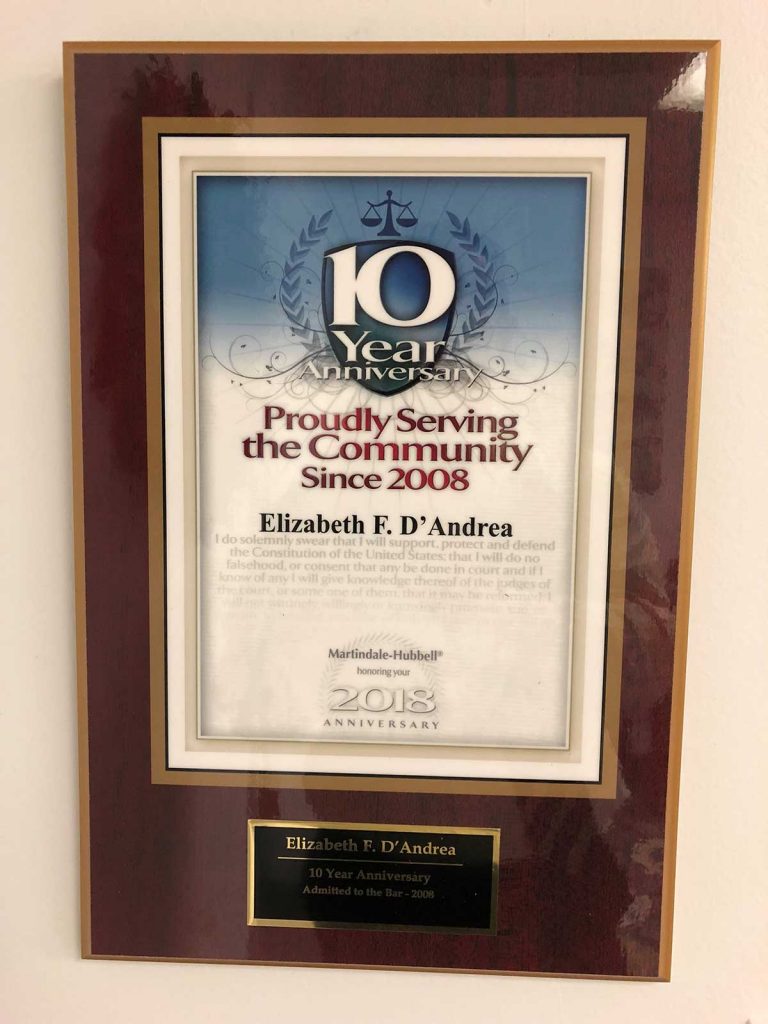 A native of Ulster County, Liz graduated from the State University of New York at New Paltz in 2004 with a bachelor’s degree in Finance. While completing her undergraduate education Liz was named to the Dean’s List and was a teaching assistant in Business Law. After graduation Liz attended Albany Law School and received her Juris Doctor in 2007.

During law school Liz was a member of the Women’s Law Conference and the Phi Alpha Delta International Law Fraternity. Liz also obtained Mastery Certifications for Lexis Nexis and Westlaw databases. Prior to being admitted to the Bar in 2008, Liz completed internships with the City of Albany Criminal Court as intern to Judge William E. Carter and with the Ulster County Supreme Court as intern to Justice Vincent G. Bradley.

After graduating from law school Liz became a Junior Corporate Attorney for Indotronix International Corporation, a major conglomerate corporation in Poughkeepsie, New York. After just 18 months in this position Liz was promoted to General Counsel and Corporate Secretary where she was responsible for overseeing staff attorneys as well as all stages of litigation, state and federal corporate filings and was the chief legal counsel to the board of directors. Liz also dealt regularly with the Department of Defense and other federal agencies requiring her to obtain a Top Secret Security Clearance.

Liz’ s passion for Family and Matrimonial Law came as she served as Of Counsel to the Law Offices of Rami J. Fakhoury, a small law firm also in Poughkeepsie, New York. Here Liz found her calling in helping people through some of the most difficult times in their lives.

Liz left Indotronix in 2012 in order to concentrate her attention on being a trial attorney and joined Jonna Spilbor Law. Here Liz was responsible for representing clients in all legal proceedings involving matrimonial, family, civil and criminal proceedings. Liz gained valuable experience in administrative hearings, Article 78 proceedings and binding arbitrations. Promoted to Senior Associate Attorney after just one year, Liz continued to hone her trial skills at the firm until deciding to open her own law firm in 2014.

Liz founded D’Andrea Law Offices, P.C. in 2014 in order to focus her attention solely on Family and Matrimonial Law. Liz’s desire to provide clients with unmatched expertise led her to build a practice based on just one specialty. The desire to serve the community she grew up in, led her to base that practice here in Kingston.

Karen is a Dutchess County native and the most senior member of the staff at D’Andrea Law Offices. With more than 30 years of experience, Karen has been a paralegal for some notable Hudson Valley attorneys, such as Michael Kranis and Jeffery Martin. Karen has experience in many specialties including Medical Malpractice, Real Estate, Estate Planning and Environmental Law. Karen served for 10 years as the secretary to New York State Supreme Court Justices Christine Sproat and Judith Hillery. This experience is valuable in Matrimonial Law as the secretary for the Justices reviews divorce documents, orders, subpoenas and other legal documents prior to them being signed.

Paul Aaron
22:39 16 Feb 18
Liz, thank you SO much for all of your guidance through the process of obtaining custody of my daughter. It was a long battle and I could not have survived the whole process without your counsel and support. There were so many days where I really thought all of the work and effort would be for nothing. Days I was discouraged and frustrated but you told me to keep faith, stay the course, and trust in you. I am so glad that I did. The past months are the only peace and stability my little girl has ever known. I and my entire family owe you a debt of gratitude that can never truly be repaid.

Amanda Rosen
08:23 17 Mar 18
The best! Professional, articulate, and exactly what you want your lawyer to be. I wouldnt trust anyone else to help me navigate through a divorce or custody issue.

Stephen Powers
13:20 14 Feb 18
I used elizabeth for custody etc. She was just the best. I have sent family and friends to her and she always comes thru. Anyone would be lucky to have her represent them. Always available, always responsive.

Brent Spoth
17:31 13 Jul 17
I used Liz to resolve my divorce that ended well. I chose her as she responded quickly to my initial inquiry unlike most of the other lawyers I contacts. She continued with excellent communication and response times throughout the process. Everyone in the office is very nice, competent and most important responsive and great to work with!

Kathy Smith
14:11 26 Sep 16
Excellent! Professional and sharp. I would highly recommend her!

Jamie Rogers
15:52 29 Sep 18
So far she's been really good to me and I don't recommend her to somebody else

Leeann Wells
13:47 17 May 19
I think the world of Liz D'Andrea (& Karen & Craig) They got me through a really dark time, when I was sure I'd never be able to get out from under a bad situation. But with the help of Liz's amazing clarity of purpose, legal expertise and kind support - I'm free! She is a class act with a very sharp mind. I HIGHLY recommend her. I think it's also worth mentioning, that she was recommended to me by multiple people who work in the field of family services. I figured if anyone would have real insight, they would. It turned out true and I will always be grateful.

Sonia Morgan
20:38 15 Feb 21
I consulted with Liz after I had hired a local attorney that everyone swore was “the guy” to hire. After well over a year and $50,000 in legal fees with no progress, I went to Liz to discuss my options and, frankly, to get a fresh perspective on the mess my prior attorney had created for me. I entered her office feeling bruised and battered by my ex, by the process. I will forever be indebted to Liz for restoring my faith and hope at a time in my life when I had neither. I was delighted by her candidness and pragmatic approach to my unique situation. As soon as I met her, I was confident that my life and future as well as my families’, were protected. Once she received my file in her office, she and her staff worked tirelessly towards getting clarity and resolution where there had been none for far too long. She quickly identified the problems which required attention and took swift action to get my stalled divorce moving....finally! My divorce was VERY complex and required seemingly constant attention as my ex was committed to hiding assets and playing games. Liz was always incredibly response, sometimes after hours or on weekends when I needed her. I can’t tell you what a relief it is to hear from your lawyer when you need them and not a week or two later. Liz, Craig, Karen, and Chelsea are truly compassionate when it comes to alleviating concerns and talking you through questions. I was very pleased with Liz’s guidance and counsel. She and her staff made this entire overwhelming process seem manageable. She is my most trusted advisor and I would strongly advise against hiring anyone else to walk them through an ordeal of this nature.

M M
14:30 19 Dec 21
PLEASE RUN AWAY FROM THIS PLACE. They are money hungry. We know that most lawyers just want your money but At least you know where your money is going. This firm steals your money and you don’t even know HOW. Their retainer of $3,500 only last for 2 weeks. If you stay with the firm be ready to spend everything you earn and just to lose your case. DO NOT BELIEVE THE REVIEWS BECAUSE THEY MIGHT BE FABRICATED.

shaelyn morgan
14:42 21 Mar 22
AMAZING PEOPLE WHO TRULY CARE!!! if you’re looking for a lawyer to fight for you, be honest with you, be attentive and passionate about you’re cases look no further! Liz represented me in more then one case and was able to prove the other parties lies and deceit, she fought hard, never giving up! In the end winning my cases! Kind and compassionate, advising me of the steps along the way, and believing me, never giving up or settling for less then what she believed in. She never got annoyed with questions as some other lawyers do, and truly cares in the cases she fights for- which now a days is rare- it also ISNT about the money for her or this firm, as she was assigned to me- If you’re looking for an AMAZING firm this is the one to hire. She also is HIGHLY admired as an amazing good lawyer in the agency’s associated with family court. The impact of her willingness to fight is something I’ll forever be great full for! I can’t say enough good things about this firm!!!! If I could rate 100 ⭐️ I gladly would! I’ll forever be Thankful to this law firm, they gave me my world 🌎 back! A firm that cares, fights, is attentive and on top of stuff! Best lawyers around!
See All Reviews